In this topic, we’re concerned with the sorts of ordinary, practical negotiations that you’re likely to be involved in from day to day as a manager.

He who has learned to disagree without being disagreeable has discovered the most valuable secret of a diplomat.

As a human being and as a manager, you are a negotiator. These days, human beings in many walks of life are demonstrating a greater desire to participate in the decisions that affect them, and this involves them in daily negotiations. Negotiation is also vitally important in the furtherance of a manager’s role and career. A huge part of a manager’s job necessitates negotiations over a whole range of issues. These negotiations include:

This topic is about the crucial importance of negotiation in our business and personal lives, and about how to become a better negotiator. It is organised around the stages of negotiation, and it addresses a number of key questions. It’s based upon the twin propositions that we’re all constantly involved in negotiations, whether we recognise this or not, and that we should always aim for a win-win outcome wherever possible.

The four stages of negotiation 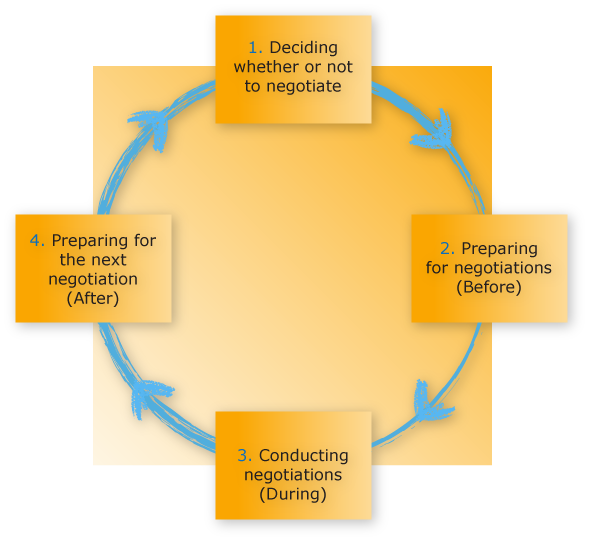