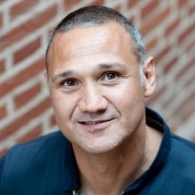 Gamiel is the founder and managing director of Diversity Marketplace, and is the chair of Milton Keynes Diversity and Equality Partnership and or Inclusive Sport Forum. He is also an ambassador for The Hunger Project.

Gamiel spent 15 years in publishing before moving into the world of equality and diversity some ten years ago. During this period he headed up the diversity practices of both Euro RSCG Riley and Barkers (now Penna), focusing on recruitment and employment solutions at national, regional and local levels to help organisations move through diversity policy to practice.

Gamiel’s credentials are wide ranging, from developing an early relationship with the Commission for Racial Equality (now the Equality and Human Rights Commission) to sitting on the diversity taskforce for NHS Scotland, where he was involved in helping to develop a diversity champions’ network across all Health Boards in Scotland. He worked with the Society of Personnel Officers for Local Government (now the PPMA) on the educational CD-ROM The race for talent and the Department of Health’s positively diverse equality unit to compile a good diversity practice reference guide that is used by the department to promote good practice across the NHS in England. Using his wide ranging experience and by working with minority groups and stakeholders, Gamiel has developed a number of diversity tools to help organisations move from policy to practice in a way that capitalises on good practice and cost effectiveness.

As a qualified teacher and NVQ assessor, Gamiel also utilises his broad experience to promote the benefits of diversity and equality at seminars and conferences across the country and by designing and delivering bespoke training programmes to both public and private sector organisations. He has supported organisations through research and other means to identify routes to capture the attention of minority groups and has carried out training projects for audiences extending from senior managers and members of the Welsh Assembly to teachers. He has also had a number of articles on diversity published in the British Medical Journal.