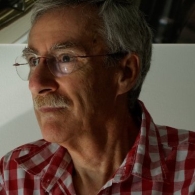 After a career in the British Army, truncated by the end of the Cold War, Hugh Babington Smith moved first into renewable energy, where he was Director of the British Wind Energy Association in its early days as a trade association, before moving to managing small businesses.

From late 1993 he was owner/director with his physiotherapist wife, Mannie, of Etcom People Engineers, a training company which provided physiotherapy expertise in posture at the workplace.

They showed many corporate clients the benefits to be gained from helping employees understand their own posture and training them to avoid faults that caused performance-reducing pain and discomfort.