Topics: Training – How to Make it Pay 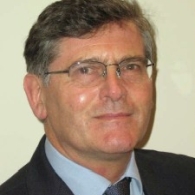 Stephen is a former Army officer and an Oxford graduate with an MA degree in English from Magdalen College. He left the Army in 1981 to begin a career in the City.

He was Sales Director for Mercury Fund Managers Ltd, one of the top mutual funds companies in the UK.  During this time, Stephen was also the Compliance Officer for the business and worked with the then newly formed regulators to develop a practical code of practice for the industry.

Stephen moved within Mercury in 1991 to become Operations Director and led the reshaping of both front and back office.  He moved in 1996 to undertake a similar role with Schroder Investment Managers.  In 2001, Stephen established his own firm, DLO Associates Ltd. DLO stands for Development in Leadership and Operations.

He has since spoken at conferences in Europe and the USA on topics as diverse as Strategy Implementation and Corporate Social Responsibility.  He has published articles on Leadership, the use of the Internet in Client Relationship Management and on Training plus books on learning leadership and business survival in tough times.

The work of DLO Associates is not industry specific.  Some clients are headquartered the USA.  Others are based in Germany and France, as well as in the UK.  They include: